T-Pain and Taylor Swift...because someone said "Fuck Hip-Hop, it's a Joke anyway..."

I stayed up to post this, because I just couldn't believe it as it came across my Facebook news feed:

Only words I have are:

When is someone going to come out and say this is a joke? Or did I miss that press release/article...can someone email it to me?

Source: Radioplanet.tv by way of people who read.
Posted by black daria at 3:00 AM 1 comment: 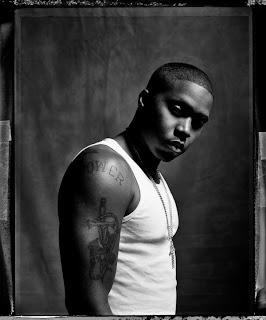 Can I call you Nas or do you prefer Nasir?

I thought I'd take the time to write you a personal letter on my blog. I know, you like the attention, and I need it, so hey, why not.

You may not know this, but I wrote two love letters to Chuck Bass, in an attempt to win his heart, and he chose that bitch Blair. Fine, I get it...I live in the wrong zip code, amongst other issues, but I thought we could have been as "Too Hot for TV" as Jerry Springer in 1998. But I digress from my point.

So, all I know is that we were in that house in Hollis in Belly (not to be confused with DMX's crib in Jamaica Estates) that you lived in with T-Boz. Hmmm...that was pre-Kelis and during the Carmen years, so I am good to continue my fantasy without shame, because I read her book, and frankly, next. Good for Pocket Books/VH1 and the NYT bestsellers list, bad for her, but enough about that chick.

We were in bed together, and we were talking about...what else, Queens. I don't know why.
What happened next? Well, I can't really say all that here, as one day, I want to run BET, but I will tell you I haven't been awakened from a dream like that since The Boys were "dialing my heart." I think it was the way you said "I knew you were from Queens when I first started talking to you." Plus, I recall us Queens girls were hot commodoties back then, like when light- skinned dudes were "in."

...But anyway, since Chuck is unavailable, I guess I'd like to just take the moment to tell you that I had this dream, and although I will likely not have a chance to share a bed with you, if I did, I hope that what happened in that dream could happen.

I only write three letters to the men I am interested in getting to know, so you should consider yourself privileged.

No seriously, you should.

I'm about my blog shit that I call "Conscious Gossip." And this is letter alone (I believe) is worth at least a lunch to discuss some of the possibilities of getting with a girl like me. I mean, I know you will likely be the whore most industry dudes think they were destined to be...and in no way am I looking to marry you. Let's face it, Kelis may just rack up in this whole thing. I dunno...we shall see, right?

All I know is that dream was hot. So there, hope you liked that enough to email me. Coffee at Starbucks?

So, it was a late brunch, and of course, MTV always comes up if you work there. My new friend and I got into a discussion about the first video to play on MTV.

Now, I wasn't there or anything, but I remember in my Making Sense of Popular Culture (COM 101 for you officials) there was a brief paragragh in one of the many packets of reading (Perouka did a lot of copies, because nobody really talked about COM 101 in a full textbook "back then") about MTV, and I never forgot one sentence: MTV debuted on air August 1, 1981.


And the first video they played was Video Killed the Radio Star. Go on, watch it:

In fact, Wikipedia (my guide to the world) states that "several noted directors got their start creating music videos." The likes of these people will include Spike Jonze, F. Gary Gray, Hype Williams and Michel Gondry to name a few. This post isn't about directors, but I thought I should mention that, kinda like a footnote. Thanks Wikipedia. Readers, keep that one in your back pocket.

I was curious about the first rap video to play on MTV, and of course, how could it not have been Run DMC (the debate was LL Cool J, which I rejected immediately with no bias, as I am from Queens by way of Brooklyn). You can't watch it, unless you click here. Sorry, it's the labels and their whole "disabling" shit. More on that another day. 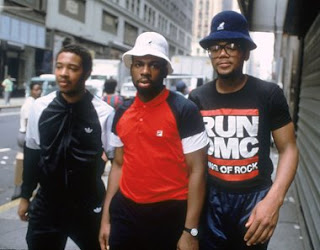 Sheesh! Your genes are strong Rev...Love this picture tho.

However, I was intrigued at the fact that although the station launched as a mostly rock channel, plays from Michael Jackson are noted as saving the channel from utter failure.
Sorry.
Run DMC sold gold the year that video played on MTV. It was 1984; probably around the same time Bill Cosby was sitting in a room debating on whether Rudy would be a boy or a girl (I think they made the right decision.)

...And then a new twitter thread began later the same night of the conversation at Brunch, #iremember. Someone wrote that they "remembered when they played videos on MTV and BET."

I always get annoyed, as soon as I read that. I've seen it before, heard it before and debated it, too.
Please. #iremember when...you really didn't need a million dollars to do a video, could sell brands and no one was looking for a cosign from you in the record/lyrics to go buy a pair of Guess Jeans (what, didn't everybody want to be specifically the "Pleasure Principle" Janet Jackson for Halloween?):

#iremember when you could have girls in bathing suits in videos, but the song were appropriate to the actual reason why the girls were in bathing suits (RIP Tupac the Magnificent...go shorty, it's ya birfday):

I still cringe at the girl who over gyrates tho, as well as the girl with the pink tassle bathing suit...gross.


#iremember when an actress could get a break doing a video, because she knew there was more to accomplish than popping extacy pills in the back of SUVs for a "Principal" role:

There are a lot of things #iremember...I'd simply like to be inspired again.

P.S. If you guess who that actress is, I don't have any t-shirts, but I promise to print one up as soon as I get my new website done. Pinky swear, I remember everything.
Posted by black daria at 6:07 PM 2 comments:

From time to time, I find myself either debating or explaining why I am on Twitter. I don't always get to catch the juicy stuff, although one day I found myself staring at a Twit written by UncleRUSH that he later removed. I knew some blogger would get to it eventually, cool.

Fast forward to a recent twit by UncleRUSH again, but this one is too good to ignore. Taken from the pages of RWS, go ahead and read the twit below:

Now, now, I know what you are thinking. That whole Pretty Woman thing is being taken out of context, and he didn't really mean it like that...so...
That's how I came up with this one. Until I figure out what's really worth writing about, sit back and relax. Watch Whitney get up in that ass...you can also refer back to this post I wrote in February for the picture she references in the clip below. Wear sunglasses, it's pretty bright.
I just wish he would stop trying to play us all for fools: